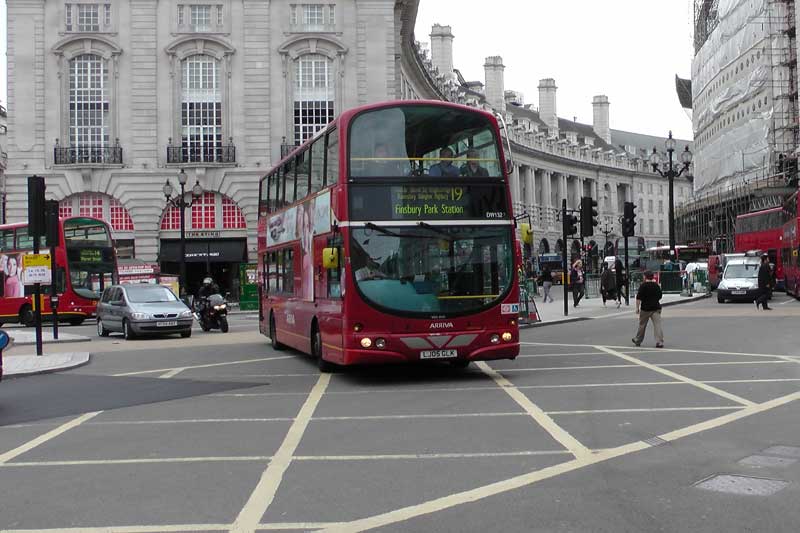 On this section of your tour, you will apparate to Piccadilly Circus, just as Harry, Hermione and Ron did in Harry Potter And The Deathly Hallows part One, albeit your arrival, hopefully, will not be as fraught with danger, nor as dramatic, as theirs was!

Having lingered at this busy spot for as long as you wish, you will follow the three of them as they make their way along Shaftesbury Avenue and turn through a covered arcade, where Hermione suddenly realises that they've forgotten Harry's birthday.

Having dodged the Death Eaters once more, you will pass through Leicester square, passing the Odeon Cinema, where the premieres for the Harry Potter films took place.

Exit left out of House of MinaLima, cross cautiously to the other side of Greek Street, and go right along Romilly Street.

Cross to its left side, keep ahead over Frith Street, go left along Dean Street and then turn right onto Shaftesbury Avenue.

Keep ahead over Wardour Street, Rupert Street, Great Windmill Street and Denman Street, and, having passed the line of concrete columns just past the bus stop, keep ahead to reach the traffic lights at the junction of Shaftesbury Avenue and Piccadilly Circus.

Directly in front to the GAP shop, cross with caution to stand on the small island in the middle of the road.

Turn so that you are facing the Statue of Eros (the winged figure on the island opposite) and then look down at the crisscrossed yellow line on the road to your right, immediately in front of you.

When the Death Eaters launch the attack on Bill and Fleur's wedding in Deathly Hallows Part One, Harry, Hermione and Ron escape by apparating out of there.

They re-appear on this section of road, and find themselves directly in front of an approaching number 19 bus.

Moving quickly out of its path they press up against the railings that used to be on the edge of the pavement opposite in front of GAP.

The semi-circular windows above Gap are clearly visible in the scene. 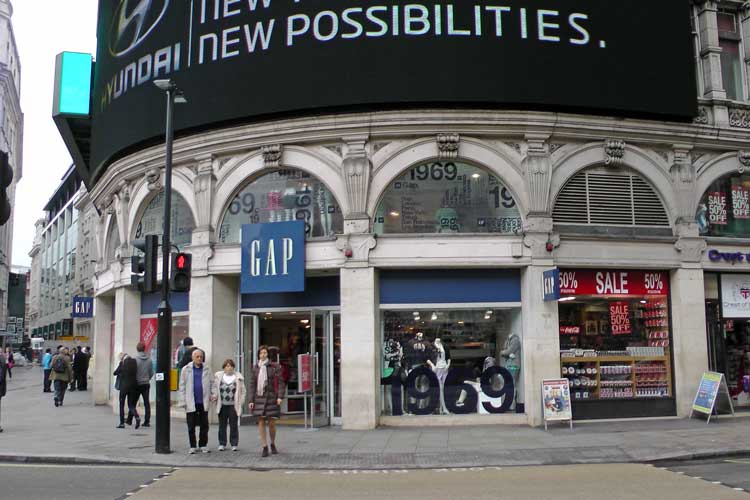 The Gap store as it is today

Cross back to GAP, again please use extreme caution as this is a busy section of road, veer right in front of it, and retrace your footsteps along Shaftesbury Avenue, passing the line of concrete columns.

HERMIONE AT THE THEATRE

Having narrowly missed being hit by the bus, Hermione, Harry and Ron walk along the section of pavement that you are now walking along pushing their way through the crowds, as you are, no doubt, now doing.

As they reach the line of grey, round columns, which will be on your left, Ron asks, "Where are we?" "Shaftesbury Avenue,", replies Hermione, "I used to come to the theatre here with Mum and Dad."

They then pass the silver tables of the café that you pass on your left, after which they bear left and continue along the other side of the round, grey columns passing the display stands outside the last shop.

This scene differs from the book in that, in the book, they apparate to Tottenham Court Road. 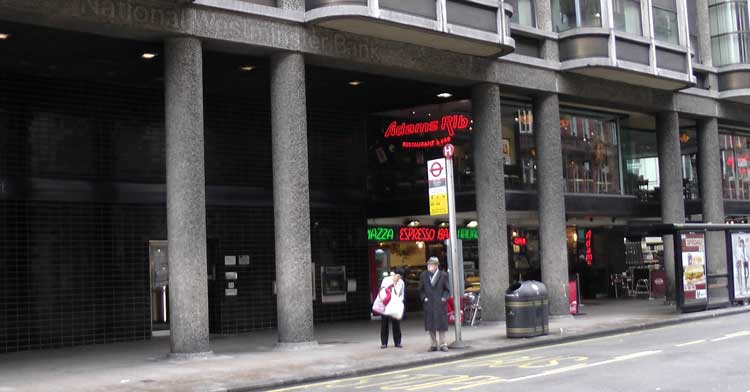 The columns on Shaftesbury Avenue.

Go back over Denman Street and, alongside McDonalds, veer right to cross Shaftesbury Avenue via the traffic light pedestrian crossing, and pass under the "PICTUREHOUSE CENTRAL" sign on the other side.

WE FORGOT YOUR BIRTHDAY HARRY

Having encountered and battled the two Death Eaters in the café in Deathly Hallows part One, Harry Ron and Hermione are walking through this arcade when Hermione suddenly exclaims that they didn't celebrate Harry's birthday.

Harry responds that he appreciates the thought but, "...given that they were almost killed by a couple of Death Eaters a few minutes ago..." that is the last thing on his mind.

Ron then interrupts, telling them that, "we need to go somewhere safe," and so they head for 12 Grimauld Place. 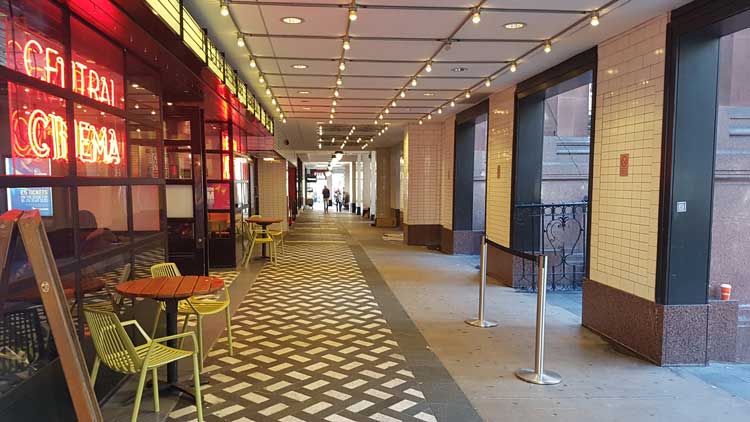 Harry, Ron and Hermione walk through this arcade.

Keep ahead to the end of the arcade and, just after Five Guys, turn left along Coventry Street.

Keep ahead over Rupert Street and Wardour Street, and head straight into Leicester Square, passing M & M's World on your left.

Keep straight ahead through Leicester Square, and, as you pass the garden at its centre, look right at:-

This is the cinema at which the Harry Potter films had their London premieres.

Watched by thousands of screaming fans, the stars would arrive, sign autographs and then walk along the red carpet into the cinema.

At the moment, the Odeon is little more than a building site, as, on 10th January, 2018, it closed for a major refurbishment.

Keep ahead through Leicester Square, passing to the left of the Burger King, and, on arrival at Charing Cross Road, cross the traffic lights and go into Exit One of Leicester Square Underground Station.

From here, you will need to take the Piccadilly Line four stops to King's Cross Station for the final section of your Harry Potter in London tour.