HARRY POTTER IN WESTMINSTER
THE MINISTRY OF MAGIC 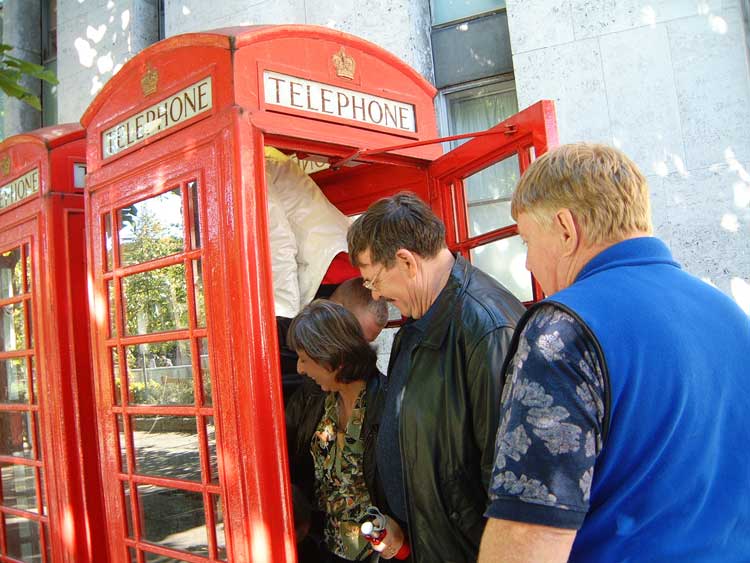 This section of the Harry Potter self-guided tour is a must for every dedicated fan of the boy wizard, as well as for anyone who wants to experience some of London's most iconic sights.

You will be walking along Whitehall, the street of Government, passing, as you go, Downing Street, home to England's Prime Minister, whoever he or she might be when you take your tour.

You will also have the opportunity to have your photograph taken alongside the mounted Horse Guards; and, in addition, you will see many of the offices of various parts of the British government.

But, from a Harry Potter perspective, you will see two entrances to the Ministry of Magic, so you might want to linger over this section as the photo opportunities are, almost, endless!

And, if all that isn't exciting enough, then, at the end of this section of the walk, how about enjoying a drink, or even lunch, in Sherlock Holmes's sitting room?

Make your way along Parliament Street, pausing a little way along on the left to admire the line of red telephone boxes.

YOUR VISITORS ENTRANCE TO THE MINISTRY OF MAGIC?

Since the phone box featured in Harry Potter and the Order of the Phoenix - the location of which you will encounter shortly - was a prop specially brought in for the filming, you might like to use one of these phone boxes to get a photograph of yourselves preparing to descend into the Ministry of Magic.

Be careful though, just in case the phone box you are in actually does begin to descend! 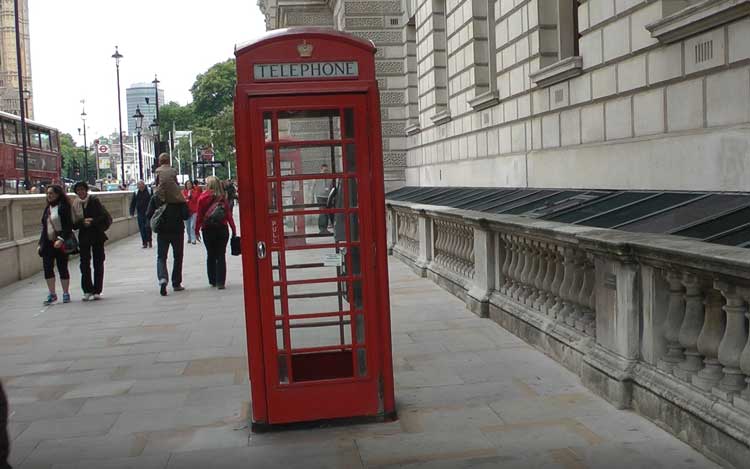 This phone box could be your entrance to the Ministry of Magic!

A little way along, on the left, pause alongside the gated entrance to:-

10 Downing Street, the home of the Muggle Prime Minister, is located to the right as you look through the gates. It's be the building with the policeman standing outside the door.

When a newly elected Muggle Prime Minister takes up residence behind the walls of 10 Downing Street, he or she will be visited by the Minister of Magic who will notify them of the existence of the wizarding world.

The Minister will inform the Prime Minister that, from that point on, he, or she, will only make contact on those occasions when activity within the wizarding community is likely to impact on the everyday lives of Muggles, such as when magical objects or animals are due to be brought into the country.

The Ministry of Magic informs 10 Downing Street of an impending visit from the Minister of magic by way of a wizard's portrait, which is kept permanently attached to the wall in the Prime Minister's Office by a Permanent Sticking Charm.

Once the Prime Minster has been notified that the Minister of Magic will be dropping by, the Minster will make his, or her, entrance via the fireplace, which has been connected to the Floo network for this specific purpose.

However, since Downing Street is not open to the general Muggle population, this is the closest you will be able to get to number 10.

Continue along Whitehall and, very soon, you will arrive outside the gates of Horse Guards.

THE HORSE GUARDS - THE HOUSEHOLD CAVALRY

If you arrive here between 10am and 4pm there will normally be two soldiers on horseback here.

They belong to the Queen's Household Division. Two regiments of the Household Cavalry alternate the guard here.

Both Prince William and Prince Harry were members of the Blues and Royals, whilst the singer James Blunt was a member of the Life Guards (I bet people told him he was beautiful!).

The guard change takes place on Horse Guards Parade, beyond the arch ahead at 11am Monday to Saturday and at 10am on Sunday.

At 4pm the Commanding Officer's inspection of the guards takes place and is well worth attending.

THE STAFF ENTRANCE TO THE MINISTRY OF MAGIC
DON'T TRY THIS AT HOME!

It was in the centre road just in front of you that the film makers erected the staff entrance to the Ministry of Magic for the filming of Harry Potter and the Deathly Hallows Part One.

This entrance was, in fact, a Gentlemen's toilet.

The scene only shows a close up of the "Gentlemen" sign, as this was actually a prop specially brought in for the scene, and then taken away once filming had been completed.

Having used Polyjuice potion to transform themselves into Hopkirk, Runcorn and Cattermole, in order to infiltrate the Ministry of Magic so that they can retrieve the locket from Dolores Umbridge, we see Harry, Ron and Hermione walking over the diagonal white lines on the road directly in front of you.

The next scene, shows them in the toilet where they enter the Ministry by the ingenious (or disgusting!) method of flushing themselves down the toilet! 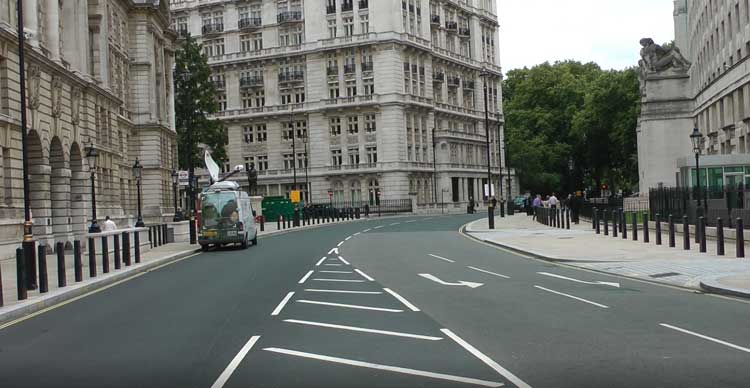 The location of the gents toilet.

The building on the corner to your right, as you look along Horse Guards Avenue, is the Banqueting Hall, all that remains of Whitehall Palace.

This was the only part of Whitehall Palace to survive a disastrous fire in 1698.

It was designed by Inigo Jones and was completed in 1622.

In 1635, Charles 1st commissioned Peter Paul Rubens to paint the ceiling inside. It really is spectacular and this alone makes a detour to visit the Banqueting House well worth while.

It was on a specially constructed scaffold outside the Banqueting House that Charles 1st was beheaded on January 30th 1649, an event commemorated by a bust of him above the main entrance, which is situated directly across from you.

Make your way along the left side of Horse Guards Avenue, and go left along Whitehall Court.

At its end, go left along Whitehall Place, and immediately cross it, using extreme caution, to go right along Scotland Place.

THE ENTRANCE TO THE MINISTRY OF MAGIC

It is along Scotland Place that Harry and Mr Weasley walk as they make their way to the Ministry of Magic for Harry's hearing on charges of using magic in front of Muggles in Harry Potter and the The Order of the Phoenix.

The arch ahead of you is clearly visible in the scene.

The phone box which descends into the Ministry, and of which Mr Weasley comments, "I've never used the visitors entrance before. Should be fun," was located on Great Scotland Yard, which is reached by passing underneath the arch, turning left and pausing on the corner.. 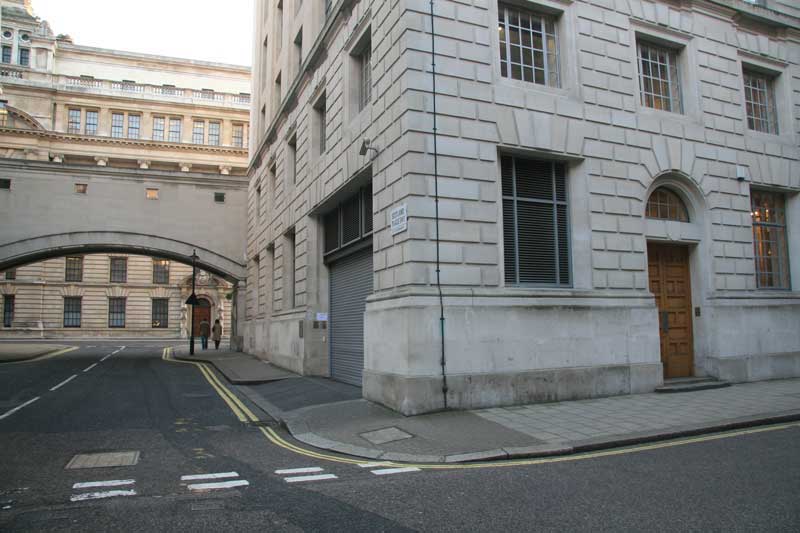 The Corner Where The Phone Box Was Located.

HARRY POTTER AND THE DEATHLY HALLOWS

This corner was also used in Harry Potter and the Deathly Hallows Part One, for the scene in which Harry, Ron and Hermione need to infiltrate the Ministry of Magic to retrieve Dolores Umbridge's locket.

They do so by taking Polyjuice Potion and assuming the appearances of three Ministry employees - Mafalda Hopkirk, Albert Runcorn and Reg Cattermole.

For the film the grey shutter on the left at the end Scotland Place sign was replaced with a brown wooden shutter with a small brown door on its left side. 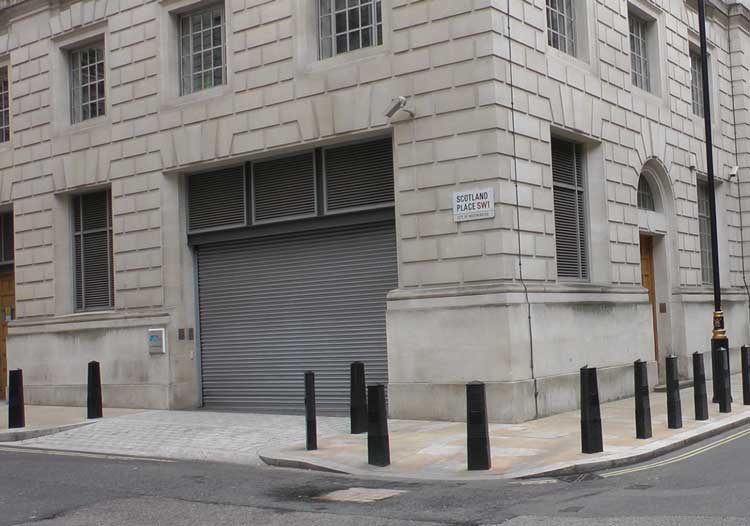 Where Harry, Hermione and Ron took the Polyjuice potion.

As she passes the shutter, Hermione, wearing the cloak of invisibility, hits her with a stunning spell and she falls to the ground.

They then drag her inside the loading bay behind the shutter, where Albert Runcorn and Reg Cattermole are already laid out unconscious.

Hermione proceeds to pluck a few hairs from Mafalda's head, and she, Ron and Harry then take the Polyjuice Potion and are transformed into the three ministry employees.

We then see them step out of the little brown wooden door and line up against the shutter – Harry to the right, Ron to his left and Hermione to the left of Ron.

They then set out to infiltrate the Ministry of Magic, via the staff entrance that you saw at the previous stop.

From Scotland Place, turn right along Great Scotland Yard, and cross to its left side.

Walk to its end and go right along Northumberland Avenue.

Immediately cross Northumberland Avenue to the Sherlock Holmes pub, which you can see on the other side.

TAKE A BREAK WITH SHERLOCK

Dependent on what time of day you have arrived here, you might like to stop off and enjoy a lunch or a coffee here.

« Previous - The Knight Bus Next - To Diagon Alley »